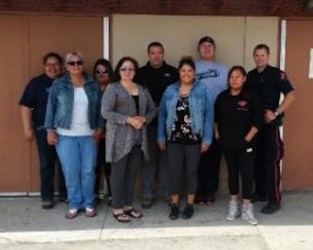 May 26, 2016. Last week, the Blood Tribe Police Service and the Blood Tribe Prescription Drug Project collected approximately 10,000 prescription pills from the residence of the Blood Reserve. The drugs collected included opiates, amphetamines and barbiturates, all of which are highly dangerous drugs. “We would like to thank all of our citizens who took the opportunity to dispose of their unused prescription drugs. This is an important step in dealing with the serious problems associated with prescription drug abuse,” said the BTPS in a news release. This national and provincial initiative helps communities keep these drugs out of the hands of those who should not have them. The misuse and abuse of prescription medications has become a public safety issue for communities and police services across the country. The abuse of prescription medications can lead to incidents of overdose and in some cases, death.

May 27, 2016. Wildrose Leader Brian Jean has suspended MLA Derek Fildebrandt from the Wildrose caucus after an “unacceptable comment on social media,” said Jean, in a brief statement. The action follows Fildebrandt’s response to a posting on his Facebook page, in which a homophobic comment about Ontario Premier Kathleen Wynne was made by the poster. “I receive an average of 800 comments on my public Facebook page daily and I do my best to respond personally. As I’ve already stated publicly, I did not read a comment posted to my page by a constituent as carefully as I should have. If anyone felt that I shared those sentiments, I do not, and I apologize,” Fildebrandt wrote Saturday. Fildebrandt has since had members of the LGBTQ community defend him on social media. Fildebrandt said he accepted Jean’s decision. Fildebrandt’s suspension follows public criticism the Wildrose Opposition received for its heckling of Wynne, when she was introduced in the Legislature on Friday, and what was viewed as a “disrespectful tone” during question period. Opposition house leader Nathan Cooper said Friday his party shouldn’t have raised the questions with Wynne present as a guest.

May 27, 2016. As part of ongoing work to reduce and prevent poverty, the province is investing $13.5 million over three years in the Fair Entry program to share the cost of Calgary’s pass. “Access to public transit is vital for low-income Calgarians so they can get to school, work, and around the community. This investment will help many Calgarians,” said Calgary Mayor Naheed Nenshi. Approximately 25,000 Calgarians use the low income transit pass on a monthly basis. The province is also sharing the cost of a similar transit pass in Edmonton, a move which was welcomed by agencies working with families in need. However, Laurel McCalla, director of a Boyle Street outcome-based service delivery program in Edmonton, noted that there were still families who could not afford the $35 transit pass. “It’s important that we continue to work as a community on transit solutions,” she said.

May 26, 2016. The Athabasca Tribal Council was among seven organizations, along with local small businesses, that the province met with on Wednesday to discuss moving forward on economic recovery in the Regional Municipality of Wood Buffalo. The province will work with local suppliers for recovery-related procurements under provincial jurisdiction, providing a preference for competitive bids from local firms. “In co-operation with our partners – from insurers to the Red Cross – we are committed to assisting employers in the Fort McMurray area to get access to the resources they need in their return to the community,” said Economic Development and Trade Minister Deron Bilous. Of the 532 contracts signed by the Regional Emergency Operations Centre so far, about 80 per cent are with local employers from the Fort McMurray area.