Plans underway to airlift evacuees from north of Fort McMurray 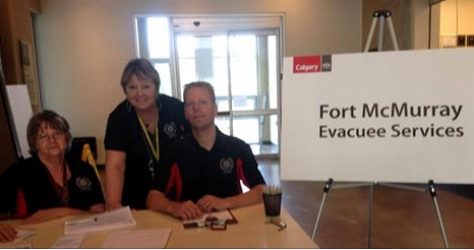 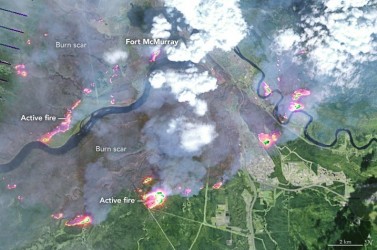 The province plans to start bringing evacuees from the Regional Municipality of Wood Buffalo, who fled north for emergency accommodations, to the south Thursday afternoon.

“With respect to evacuees our latest numbers show that there are roughly 25,000 people who were evacuated north of the city and our focus right now is getting those people south as quickly as possible,” said Premier Rachel Notley.

Emergency Social Services continues to prepare for and welcome an influx of Fort McMurray residents expected to arrive in Calgary in the days ahead. Evacuees who took refuge north of Fort McMurray will soon be on their way.
(Photo: City of Calgary)

The province is working with the oil and gas industry as well as the Department of National Defence to conduct an air evacuation, says Scott Long, executive director operations with Alberta Emergency Management Agency. Approximately, 8,000 people, prioritized according to medical need, will be airlifted.

At the same time, he says, an overflight of Highway 63 through Fort McMurray will be conducted.
“As soon as we determine that it is safe to do so, we will coordinate ground movement as well,” said Long. “In a controlled manner, (we will) start moving ground transport to the south to get most of the evacuees to the preferred locations of Edmonton and Calgary, where we have better support needs for them.”

The first step for coordination will be to provide fuel. Long says many people went north because they did not have enough fuel to hit southern destinations. A mobile fuel station from Alberta Transportation will be moved north.

The northern evacuees were put up in lodges operated by oil and gas companies north of Fort McMurray, when they were forced out of the community on Tuesday. Fort McKay First Nation and Metis community also offered up lodging and support for evacuees.

Long says the push to get evacuees south is two-fold. First, there are better supports for displaced people, such as mental health and social services workers, in Edmonton and Calgary.

“Right now there is food, water and the situation is stable in the north … but our strong desire, given the unpredictable nature of wild fires, we would prefer to move them south… to look after their needs in a better fashion,” he said.

How long people will be away from their homes is unknown.

Chad Morrison, senior manager with Alberta Wildfire Prevention, says extreme wildfire behaviour is expected to continue over the next two to three days.