Alberta sets Order in Council for MMIWG inquiry as a priority 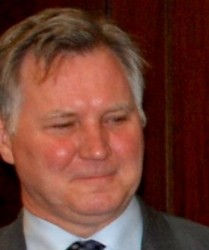 Passing an Order in Council to give standing to the national inquiry into murdered and missing Indigenous women and girls is a priority for Alberta.

“We will adopt the terms of references and the commissioners under the provincial Public Inquiries Act,” said Brent Wittmeier, press secretary for Richard Feehan, minister of Alberta Indigenous Affairs.  “We’ve been supportive of the process since we became government and we’ll continue to do so.”

Wittmeier could not offer a timeline as to when the Order in Council would be adopted.

“Our government has always supported the call for a national inquiry into missing and murdered Indigenous women and girls. We are working to ensure provincial powers are available to the commission to support their critical work in our province,” said Feehan, in his statement.

In the terms of reference set out by the federal government, the commission’s mandate includes inquiring into and reporting on “systemic causes of all forms of violence… including underlying social, economic, cultural, institutional and historical causes contributing to the ongoing violence and particular vulnerabilities of Indigenous women and girls in Canada.”

The terms of reference do not direct the provinces or territories to work with the commission.

However, Indigenous and Northern Affairs Canada Minister Carolyn Bennett said territories and provinces were in the process of passing orders in council which would allow the commission access within provincial and territorial jurisdictions.

“It gives (the commission) the scope to look into provincial bodies … when it’s adopted provincially. Then they can look at Human Services or policing in the province, things like that,” said Wittmeier.

Wittmeier adds that the province will incur the costs relating to its own participation, whether that’s through required documentation or witnesses from government agencies. What the price tag will be is unclear as it is yet unknown how far back the commission will go or what the scope of examination will be.

The province will also provide additional victims services, if required, although the federal government has allotted $4.5 million to support victim services across the country.

The commission is to deliver its interim report in November 2017 and its final report with recommendations on Dec. 1, 2018.

The province is not bound to implement the recommendations.

“But we’re committed to taking action. The minister has said we’re looking for specific answers to this national crisis. So whether or not we’re required, we’re looking for ways we can actually make a difference,” said Wittmeier

“We must work together to improve the safety and security of Indigenous women and girls across Alberta and Canada,” said Feehan in his statement.

Ontario ministers for Indigenous relations and reconciliation, women's issues, and the attorney general said in a joint statement, “We are committed to working with the federal government to implement positive changes and continue to renew our partnership with Indigenous peoples.”

“Provinces and territories have a sacred and legal obligation to fully participate and cooperate with the national inquiry while fully supporting MMIWG families,” said Manitoba NDP critic Nahanni Fontaine in a statement. “It is also the duty of Manitoba, and our Premier, to appropriately fund and fully cooperate with the mandate of the national inquiry in every way possible.”