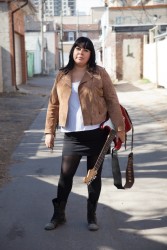 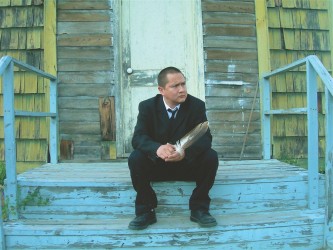 Musician Kristi Sinclair and some of her musical friends are ready to embark on the sixth annual Red Ride Tour, starting May 4 at Nipissing First Nation.

Sinclair, who organizes the tour, as well as plays in the shows, says they’re hitting smaller venues this year.

“I booked a lot more off-the-grid kinds of shows, and I wanted to go to more remote communities… Going to the smaller communities, you’re invited into the community with open arms, and it’s just really heart-warming,” she said.

The dates this year are in British Columbia and Ontario, but she’ll still be hooking up with various artists along the way.

She started the Red Ride Tour with fellow musician Chris Derkson, but she’s doing the tour without her as a sidekick this time around.

“Chris Derkson was my friend and she wanted to do the tour with me because we were both solo artists… We basically packed up my hatchback and went from Vancouver to Winnipeg, and asked friends to invite their friends… It was very grass-rootsy,” Sinclair said.

It’s that grassroots feel that has her really motivated, she said, especially regarding the communities she is going into this year.

It was one particular experience last year in the community of Onawaning First Nation in Ontario that inspired her to keep up that agenda.

“It was a small community, but the whole community came out and filled the hall and offered to do our laundry, and threw us a party afterward. We weren’t expecting any of that, but our hearts felt really full,” she said.

As far as the laundry went, Sinclair laughed while admitting she accepting the offer. But she emphasized the situation was dire by then.

“At that point, nobody had any clean clothes. We showed up in sweat shorts and planned to change later. It wouldn’t be clean, but it would look nicer…” she said. “So it was really nice, but I’m not going to the reserve so people can do my laundry,” she said.

On May 4 Sinclair, The Johnnys and Rosary Spence will play, then travel to other locations across the province. Along the way Sinclair will pick up acts, including Laura Ortman, Nick Sherman, and Lacey Hill, while dropping others. Then dates for B.C. start May 20 in Lytton, and include artists such as Paint the Town Red, Ostwelve, Enter-Tribal, and DJ Kookum, with the tour finally ending in Haida Gwaii on May 29 for some school shows.

Haida Gwaii is Sinclair’s home territory, so ending here serves a double purpose for her. She can bring a “fun” night to her home community, but also share her culture with her other travelling musical companions.

“In Haida Gwaii, there’s not a hotel, so I’m sticking people with my aunts (and cousins). So artists will get a Haida Gwaii experience, and she’ll make them can fish and stuff,” she said.

Ostwelve (Ronnie Dean Harris) has been part of the show from the beginning. He will be playing the B.C. dates, and looks forward to Red Ride every year because of its humble origins.

“With Red Ride, Kristi and I always call ourselves ‘the cool kids at the back of the bus.’ It’s just not the same narrative as trying to be pop culture. It’s very homegrown and humble and fun, not all flashy and red-carpety. For me, it’s being able to get up on stage for people that appreciate what we do,” he said.

Ostwelve adds that while he has music that brings up emotionally heavy subjects, especially around issues Indigenous people face, he doesn’t use them for Red Ride. He’s recently been inspired by a block party he attended, where everyone got up and danced, including the Elders, and he’s been working on new music to make this happen for Red Ride, too.

“People treat it like a ‘going through party,’ when they go through town, seeing old friends and gathering with people they don’t get to see all the time. And they get to try out other music… I could sit down and do super intense songs of the hardships of Indigenous people, but I’d rather do dancey tracks. For me, the Red Ride Tour is a bit more fun,” he said.

Listen to the music here: https://soundcloud.com/red-ride-tour