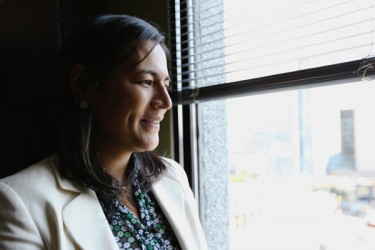 The launch of Parliament’s Special Committee on Violence Against Indigenous Women was applauded as a rare show of political consensus, drawing unanimous all-party support on Feb. 27.

Since then, it has met every Thursday evening, adopting a three-step framework–studying root causes of violence, front-line services, and prevention–and has heard from federal departments, police, and the Native Women’s Association of Canada.

But nearly halfway through its year-long mandate, some of the country’s foremost missing women advocates are expressing doubts about the special committee, which waited four months to hear testimony from a victims’ family advocate. Families of Sister in Spirit co-founder Bridget Tolley finally addressed a meeting on June 13.

Now, as Members of Parliament head off for several months of summer holidays, the committee has used up a significant chunk of its year-long mandate to discuss the crisis of an estimated 600 missing and murdered Aboriginal women and widespread violence.

“The families are not involved again,” said Tolley. “They only have a year. The special committee should be done by the end of March, but nothing’s been happening.

“Even the special committee doesn’t know where they’re going, where their budget is, or if they’re allowed to travel... We can tell that this committee already is not going to be doing too much. It’s time for action. Even a public inquiry is going to take too long; we’re going to wait years!”

Likewise, fellow advocate Gladys Radek, with Tears4Justice told Windspeaker she worries the committee “is simply another level of bureaucracy the government has in place to make people think they are actually doing something to prevent violence against women.” She has attended many of the weekly meetings, which are mostly open to the public.

“From what I have seen so far, everything they are trying to accomplish cannot and will not be addressed,” Radek worried. “As much as we appreciate the efforts of those who are trying to make sense of all of this, I am afraid this commission is truly a waste of time.”
The special committee was first put to the House of Commons by Liberal Aboriginal critic Carolyn Bennett on Feb. 14. That day, thousands of missing women advocates rallied across Canada, including a group of victims’ families who knocked on the Prime Minister Office doors demanding a meeting, and several hundred marching in Vancouver.

Bennett’s motion called for a committee to “conduct hearings on the critical matter of missing and murdered Indigenous women and girls in Canada, and to propose solutions to address the root causes of violence against Indigenous women across the country.”

Two weeks later, Bennett’s motion passed with unanimous support – 278-0 – and Parliament’s website lists the committee’s creation date as Feb. 27. But despite proposing the committee herself, Bennett has her own doubts about the way it is going about its work.

“Obviously, we’re concerned,” she admitted. “I had hoped that we might be able to do this quite differently, beginning with listening to the families.

“Those families have been through a great deal; they have very important insights and facts. When we embarked on this, my view was that we can’t let these families down again... They’ve been studied to death. Now, it’s time for action.”

Bennett said that hearing from missing women’s advocates like the Native Women’s Association of Canada (NWAC) and Families of Sisters in Spirit has been a promising sign for the committee, even if it was held relatively late in a process which initially focused mainly on government departments.

Now the group is approaching its mid-point, advocates are continuing to push for greater families’ involvement, in order to ensure that concrete proposals for change are on the table when the committee makes its final recommendations.

“My fervent wish is we would do a decent piece of work with this committee, to be able to put some recommendations into action,” Bennett said. “But the way the speakers’ lists were designed–with short notice–so far I don’t think we’ve done our best possible work.

“Every week that goes by, we are losing Indigenous women and girls. We want to make sure we honour that every week as well. This is urgent... I just hope we can press on and do a decent piece of work. All Canadians should understand that this isn’t women’s problem or an Aboriginal problem. It’s a Canadian problem. We need everybody pushing for a resolution of this tragedy.”

One way that could help keep the missing women crisis front-and-centre, said NWAC President Michéle Audette, is to invite a victim’s family member to address every weekly committee meeting, “somebody every week reminding them of why they’re doing this today.”

She also described a series of meetings with the committee disputing what NWAC’s role would be – and praised the committee for eventually voting in-camera to give the advocacy group a greater role than simply one witness among many.
“There’s so much strength in NWAC and the families,” she said. “The window we opened many years ago is still there today.

“I’m not going to give up. The families won’t give up.”

Still, whether the committee will lead to real on-the-ground changes is still uncertain for many activists, including Audette.
“I’m suspicious, but I’ll give them the benefit of the doubt,” she told Windspeaker. “I want to have more dialogue, discussion, engagement, and to have it written in black-and-white, but so far I haven’t received anything.

“It’s not the first time we’ve seen a committee doing research like they’re doing now... I feel in my heart they will pick (only those) recommendations within their mandate as Conservatives before the next election. They’ll pick the easiest part of the report, but if it’s too costly or a long-term initiative we need to put in place... I have big doubts they will be audacious.”

One tension in the committee’s work is NWAC’s long-time call for a national public inquiry into missing and murdered Aboriginal women. The only Conservative supporter of this demand was Aboriginal Senator Patrick Brazeau, but he has since been ousted from the Conservative caucus over as-yet unproven criminal charges of domestic assault. Observers note that the chances for the committee to recommend an inquiry are slim without Brazeau on board.

“Now that he’s independent, we are left with nobody on the government side pushing for this,” Bennett said. “It seems quite clear the government isn’t willing, so it’s not going to happen.”

Perhaps the most advocates can hope for as an outcome would be the creation of a national action plan on violence against Indigenous women, Bennett said.

Though NWAC insists it is “not going to bend” on its public inquiry demand, Audette said they are hopeful to work in the interim with federal ministries if a national action plan is proposed.

“Let’s at least have a national plan of action,” she said. “Let’s sit down with all ministers and force the deputy ministers to work with NWAC... We can bring many departments together to say we’re bonded together to make sure we put in place a national framework. Even without a national inquiry, we can start doing our homework right away.”

When asked about her hopes for the committee, Tolley echoed Bennett’s warning that families are tired of being “studied to death.”

“There have been so many studies and reports and ... recommendations,” Tolley said, “(like) recommendations from Amnesty (International)’s Stolen Sisters in 2004.

“People have been making so many recommendations on how we can get this going, or how it can be brought forward, but nobody’s listening to these recommendations... It’s time to pass into action.”

The Minister of Aboriginal Affairs office did not return requests for comment.