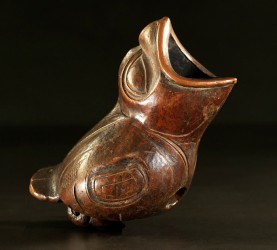 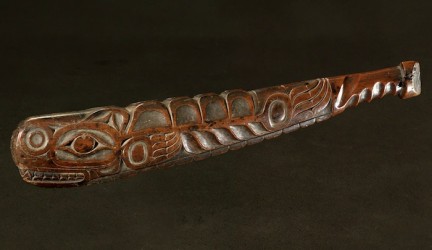 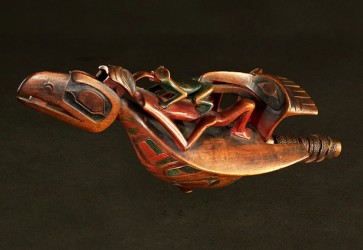 An anonymous donation to the Museum of Anthropology (MOA) at the University of British Columbia (UBC) will be housed in a new Gallery of Northwest Coast Masterworks.

Construction of the new gallery begins this month and is expected to be completed in time to open to the public by National Aboriginal Day, June 21, 2017.

The 200 pieces of Indigenous art, worth $7 million, make up the largest collection of Northwest Coast First Nations art to return to B.C. in recent decades.

The donor was first inspired to amass the collection after seeing totem poles in Stanley Park in the 1970s.

“It is an honour for UBC to receive this distinguished collection of Indigenous art at MOA where it will be accessible to both the campus community and visitors,” said UBC President Prof. Santa Ono.

“The collection supports the university’s long-standing commitment to Aboriginal engagement, and to furthering the public’s awareness and understanding of Indigenous cultures and histories.”

The new gallery is funded by a $3-million donation from the Doggone Foundation and a $500,000 grant from the federal government as part of the Canada 150 Community Infrastructure Program.

Along with highlights from the donated collection, the gallery’s inaugural exhibition will include works from MOA’s collection as well as private and institutional lenders, and will feature the voices of contemporary Indigenous artists reflecting on the significance of the works shown.

“The belongings made by our ancestors have always helped tell the story of who we are and where we come from. I am excited by the possibilities of contemporary community members and artists engaging with this collection,” said Jordan Wilson, MOA’s Musqueam curator-in-residence.

More than 90 per cent of historical Indigenous Northwest Coast art is currently held in museums and private collections outside B.C. Bringing these objects closer to home supports a new generation of First Nations artists who are studying and teaching the historical development of their arts, the creative legacy of past masters and their techniques of production, and ways of interpreting the connection of these works to ancestral stories and cultural practices today.