Indigenous interests must be part of international trade discussions 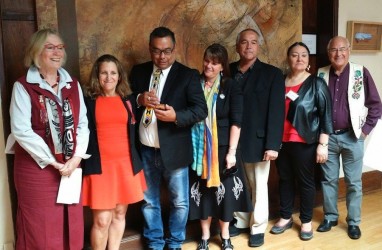 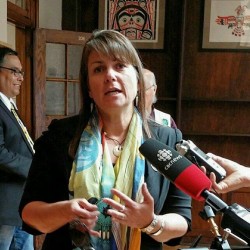 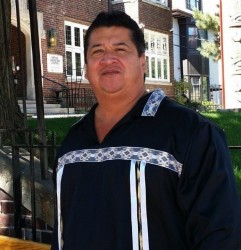 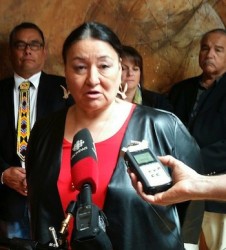 Toronto’s Native Canadian Centre was the venue for a meeting between national Indigenous leaders and International Trade Minister Chrystia Freeland and Carolyn Bennett, Minister of Indigenous and Northern Affairs, on Sept. 9.

Minister Freeland said the meeting was “the beginning of a really important dialogue between the government of Canada and First Nations, Métis and Inuit people about international trade.”

The meeting, called by the federal government, was to seek Indigenous input on international trade and trade agreements, such as the Trans-Pacific Partnership (TPP).

The TPP would create a free-trade zone among 12 nations around the Pacific. The federal government has said it will sign the agreement, although it still needs ratification by majority vote in the House of Commons.

Gottfriedson said he was encouraged by the outreach of the ministers “to work with us talking about Indigenous partnerships in the international trade markets. When we look at our histories and our long ties to our territories, I think it’s the responsible and right thing to do… At the end of the day, we’re all partners looking at getting better and stronger Indigenous communities and partnering with Canada.”

“We’re really pleased to make sure that those principles are being discussed, that we’re having dialogue to make sure we’re moving in the right direction,” she said.

There have been a couple of developments in international trade that have impacted negatively on the Inuit economy, said Cathy Towtongie.

“Ivory was banned and we carve in ivory,” and the EU ban on seal products have affected the Inuit. “This [meeting] is an excellent first step for Canada,” Towtongie said.

Dorey said Indigenous people are fearful that Canada’s international agreements with other countries will have a negative impact on Aboriginal treaty rights, “particularly with respect to our traditional knowledge and our traditional activities.”

The meeting was a good starting point and the process has to continue, said Dorey, but in order to ensure meaningful participation from Indigenous organizations, adequate resources are required.

“We have to be included in the process that leads up to an acceptance or rejection of these kinds of agreements,” he said.

In terms of consultation with their membership, Lavell-Harvard said that after many years of funding cuts, there is a need to build capacity to ensure true consultation can happen.

“We need to support building that capacity in the provinces and territories,” she said.

Gottfriedson said the AFN will be seeking feedback from the chiefs on the subject of international trade.  Looking at the new way of how we do business in the 21st century, he said, we’re always guided by our elders and by traditional values of respecting our territories, our land, our water and our air, and where First Nations come from.

Chief Stacey LaForme of the Mississaugas of New Credit First Nation took part in the meeting with the ministers.

“This meeting is not considered a consultation by anybody,” he said, “and that’s the first thing that was clarified.”

Regarding the Trans-Pacific Partnership, LaForme said, “there needs to be a lot of consultation with First Nations because it has so many implications for First Nations and Indigenous people in Canada, directly and indirectly.

“Directly it affects our treaty rights. Putting in clauses that will protect the rights of Indigenous people will only go so far because every impact that happens in Canada is an impact that happens to the Indigenous people who live in this country who are also an unconquered people so we are still a nation. Any agreements that Canada makes internationally should first have the acceptance and approval of the other nations that live in this country. In my opinion, they have to have free prior and informed consent before they go off and make these grandiose plans with other countries. Canadians should also be concerned about all the issues that are in this.”

One of Chief LaForme’s major concerns is about the water, which had not been mentioned in the meeting.

“Water is one of the key things we should be worried about and talking about right now,” he said. “Where does water fit into this whole picture because they’re looking at it as a commodity, something to be traded.”