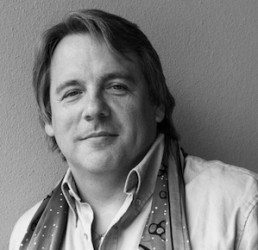 Most would consider a trip to a Cuban resort to be one of pleasant distractions; warm sand, rum and a rather shallow excursion into another culture. This is what my partner and I thought when we visited Cuba several weeks ago.

It seemed obvious to us that in the months ahead, more and more Americans would be flooding the beaches and gradually Kardashianizing the whole island. I had been to Cuba once before, in 1983, and was eager to see it again before the Golden Arches started popping up underneath every palm tree.

Still, it’s not exactly the place one would expect to experience a slight, if not annoying, artistic and existential crisis of Aboriginal proportions.

It was a hot sunny day, as is frequently experienced in Cuba, and a horde of resort refugees were swarming the countryside, expecting to experience a river excursion. It was to be a lovely half-hour trip down an isolated, fresh water, winding river.

Getting out of the jeeps at a small little restaurant/bar where the boats were located, we were told to wait. Something special had been planned for us.

That ‘something special’ was a performance of an ‘Indigenous’ dance to be done on the docks by some locals. The enactment consisted of two men and four women, dressed in body paint and sporting identical long black wigs. All six wore what looked like nicely-woven contemporary cotton breechcloth.

One of the female dancers was lying on the dock and a male dancer came up to her, did some sort of magical hand movements over her, as the rest sang and danced.  As if by magic, she came to life and all six dancers proceeded to thank the Gods by doing some more oddly-contemporary dancing for the tourists.

We were told the dance was about the power of the river. Our guide seemed vague about the details. It was about then I began to feel the familiar stirrings of a cultural red alert many Native people get when they travel.

I knew for a fact there were no longer any Indigenous people living in Cuba. They had long ago been killed off in the fervent hunt for gold and the growing need to harvest sugar cane. The chief ingredient for soft drinks and rum was deemed more important by European standards.

That was true of most of the Caribbean islands with the possible exception of the small island of Dominica, where reportedly the last bastion of Island Caribs still live.

The archipelago had once been the home to tens of thousands of Carib and Arawak Indians, sacrificed on the altar of Manifest Destiny. I am sure there is a hotel in the Gulf of Mexico for every Native person killed to maintain the standard of living in your average Conquistador split-level duplex.

Realizing this, I questioned our tour guide and he gleefully acknowledged the dancers were not Native; that they were, in fact, fully Cuban, hired to do this.  Also, the tribal body paint was a limited approximation, as was the dance.

The language spoken had supposedly been a local dialect that had been forgotten. As best as I could tell, some of the words had been copied down by historians and were being spoken randomly, out of context during the dockside dance.

I am Native (Ojibway to be exact). I am a Native in the arts. So I was observing this from two different perspectives and both were leaving me feeling uncomfortable.

I should also point out that the four women were topless. This may have been an authentic local Aboriginal custom once, as is customary in many hot climates, but …how to put this delicately….the 15 minute ritual dance involved a substantial amount of jumping up and down. A lot, to the point it actually looked painful, even from a guy’s perspective. Their breasts, when not in motion, were highlighted by circular body paint making the bouncing look more obvious.

After the dance, tourists were invited to have their pictures taken with the local ‘natives’.  I saw a whole whack of middle-aged white guys standing proudly beside the lovely topless young girls. Oddly enough, their wives didn’t seem to have a problem with this, no doubt thinking this was a local Indigenous custom.

As somebody who has been to more than 140 Native communities across Canada and the U.S., and a fair amount of other Indigenous locations across the world, trust me when I say it was not.

I would not even recommend enquiring about it, especially if you are near a river similar to this one where bodies could be disposed of easily.

One of the things that bothered me was the knowledge that this example of pseudo-ritualistic extinct dance performance would no doubt be taken, in memory, across this world by these fellow tourists, who came from Germany, Russia, France, and Chile.

I want to include our fellow Canadian tourists too, who probably considered what we saw to be an honored and respected example of Caribbean Indigenous culture.  Sort of like a Cuban powwow.  Trust me again, it was not.

My girlfriend and I wanted to tell them all this, but it would have been a futile effort. Most of the tourists were too busy getting their pictures taken with the topless girls.

There was also the issue of sexism. There were plenty of bouncing boobs, but my girlfriend didn’t remember seeing any bouncing penises.

Other than all this, the rest of the vacation was fabulous…except for the small town we passed through that was named after the massacre of a large number of Indians.