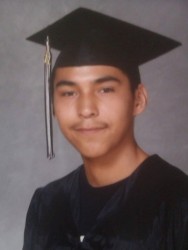 The shooting death of 22-year-old Colten Boushie has rocked the province of Saskatchewan. Claims of racism are widespread, and paint the RCMP, a farmer charged with second-degree murder, and the people of Saskatchewan all with that same racist brush.

Boushie and four others drove into farmer Gerald Stanley’s rural property near Biggar to ask for help with a flat tire on their truck, according to an account by one of Boushie’s companions on Aug. 9.

Eric Meechance alleges a man swore at the young people when they entered his property, then shot at them, shattering the truck’s front window. Meechance and another person fled. Boushie was declared dead at the scene by emergency responders.

Stanley, 54, has been charged with second-degree murder.

What was already a hot situation—a young man from the Red Pheasant First Nation shot by a white farmer for no apparent reason—was then fueled further by a news release issued by the Saskatchewan RCMP on Aug. 10.

The Federation of Sovereign Indigenous Nations and the Assembly of First Nations have both issued statements calling the RCMP’s news release on the incident “prejudicial.”

Elizabeth Comack, professor in sociology at the University of Manitoba, said FSIN and AFN concerns to the wording in the release are not without merit.

She is the author of the book “Racialized Policing: Aboriginal people’s encounters with the police.”

“I read (the news release) a couple of times and it’s interesting, the way that it’s framed,” she said.

The RCMP stated, “The occupants of the vehicle were not known to the property owners.” Later the release states “A verbal exchange occurred in an attempt to get the vehicle to leave the yard and ultimately a firearm was discharged, striking an occupant in the vehicle.”

Comack said “It’s certainly framed in the context that they’re defending their property. … (the RCMP) make it sound like the problem was really with the occupants of the vehicle.”

Comack would not venture to say whether the RCMP deliberately worded the news release in this fashion.

“There is research that shows that the police, over time, develop this sort of sense of what ‘normal crime’ looks like,” she said.

There are “multiple layers” in this incident that feed into this “normal crime” scenario, adds Comack.

First, there’s the vehicle pulling into a farmyard; this means the farmer doesn’t come under scrutiny, but the motivations of the occupants in the vehicle are brought into question. Then the history of theft in the neighbourhood, which was noted in the RCMP news release, is brought into play.

“Then if you add onto the conception of what ‘normal crime’ looks like, it’s a group of youth, teenagers, which are trouble, because all teenagers are trouble, right? And then if you add on to that they’re Indigenous teenagers. Well, then you’ve got even more trouble. It’s kind of like two hits against them. They’re young and they’re Indigenous. So it just gets layered, I think,” said Comack.

“It is deeply concerning for us as the provincial police service to hear one of our media releases categorized as biased and not in line with the relationship we have with the FSIN and all the communities we serve,” wrote RCMP Supt. Rob Cameron, responding to the criticism levelled by the FSIN.

Cameron went on to address the response the incident has created on social media.

“Over the past few days, there have been comments made on social media that are concerning and could be criminal in nature. It’s understandable that during a situation like this emotions run high, but it is important to let the court process run its course. Therefore, I ask everyone to remain respectful in their online communication.”

AFN National Chief Perry Bellegarde doesn’t mince words, stating in a news release that the social media comments “are racist, insensitive and ignorant. They are disheartening and a stark reminder of how much work we have to do to eliminate racism and discrimination. In too many ways, this is a sad day for Saskatchewan.”

“It’s like that notion of ‘normal crime’ …. They’re trying to make sense of what happened, but they don’t have all the information. What they end up drawing on is their constructions of, once they get bits of information about who’s involved, it’s kids, it’s Indigenous kids, that’s when the racialization starts to kick in,” she said.

Saskatchewan Premier Brad Wall took to social media on Aug. 15 calling the “racist and hate-filled” comments on social media “dangerous.” He said “Racism has no place in Saskatchewan.”

“I think it’s a good thing to at least name it,” said Comack. “That’s a start. Too often people are in denial and they’re not even willing to name it when it’s there.”

Social media is a platform that has gotten out of control, Comack believes.

According to a tweet from Christi Belcourt, GoFundMe pulled Stanley’s page.

“If you look at it in legal terms, he has the right to a full defence. You want to make sure that anybody who is charged with any kind of criminal offence has the right to a full defence. And so that means they have to raise the money somehow to be able to afford a lawyer ... So we’re going to say, ‘No, he doesn’t?’ We can’t. We have to extend that to everyone. So the process as it unfolds will be fairer. It has to be fair to everyone,” she said.