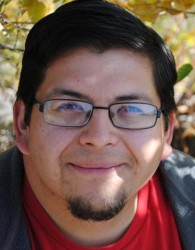 Modern times have thrown strict democracy at First Nations with the current election system and as a result many bands are struggling with those effects.

These days, local community elections usually operating under the Indian Act are often mired with accusations of tampering or outright corruption. First Nations politicians are getting accused of buying votes and other acts of favouritism that will ensure them a place on council. The list goes on and it remains a challenge that each community deals with each election year. It is occasionally a real life issue that gets harder to ignore the more stories you hear or read about.

What bothers me the most is those band members who feel democracy has failed the people without ever giving it an honest chance. These are the cynical non-voters out there who come forward with the common complaint that their vote does not make a difference. They say the current Chief and Council will use family relationships or band resources to influence votes.

This scenario is not as common as some would think and yet so many First Nations people find it the easiest to believe.

In my region, the tone is being set and reset every election year for the First Nations around the Meadow Lake area. For example, the Waterhen Lake First Nation recently elected their first female Chief alongside a strong showing of female councillors. Flying Dust First Nation has elected two new councillors, former leaders themselves, in a very minimal shift in the stable leadership of the community. The Canoe Lake Cree Nation has elected a new chief and a few new councillors striking many as a significant political shift in a community that has been actively restructuring and streamlining its administration.

It seems that many people are starting to elect leaders who can contribute to change after observing their recent accomplishments or by seeing and supporting the change their long-time leadership has already brought about.

What I believe is that the right to vote is not something that any person can take lightly, especially within a First Nations community. When election time comes back around it would be beneficial to abandon cynicism and make a choice that you can live with. To make an informed choice as to who will follow through with their realistic promises because the vote you make does count and that is the whole point of democracy.

It is your single vote for the individuals who are keeping your best interests in mind that makes the difference.
Politics is laden with challenges, but without responsible and industrious people to meet these challenges our communities will never move forward.

It is also good to remember that it takes an entire community to give direction to our leaders. Effective leaders need good ideas to begin working with and valuable input from the grassroots people. Otherwise the Chief and Council may fall into the trap of only meeting the requirements of Indian and Northern Affairs Canada (INAC) and not working towards fulfilling the actual needs of community members.

Historically, First Nations people had a leadership and governance system that resembled, in some part, the modern concept of democracy.

The people of each tribe chose their leaders based on their ability to make good decisions.

In some First Nations societies, leadership and control was simply bestowed upon the eldest women in the community because back then their status was second to none.

Collectively they knew what was best for everyone during a time when basic survival depended on responsible and sound leadership.

One of the best practices that emerged from that time was the grooming of leadership. A leader was not chosen from community members at random; they were instructed on the virtues of First Nations culture so that they could grow into the role over time.

Youth who had the raw qualities for leadership were singled out and taken under the wing of existing leaders. Over time the community benefitted from having their best leaders bestow their best lessons to the most deserving and accomplished of the next generation. It was a system that appears to have worked effectively for the First Nations community.

I once read that good leaders can always inspire their community to have faith in them, but only great leaders can inspire the community to have that same faith in themselves.  If you can find those leaders on your reserve it would be a wise decision to elect them, help them, appreciate them and don’t ever let them give up.
Hopefully, the reward for your support is that they in turn will never give up on you.